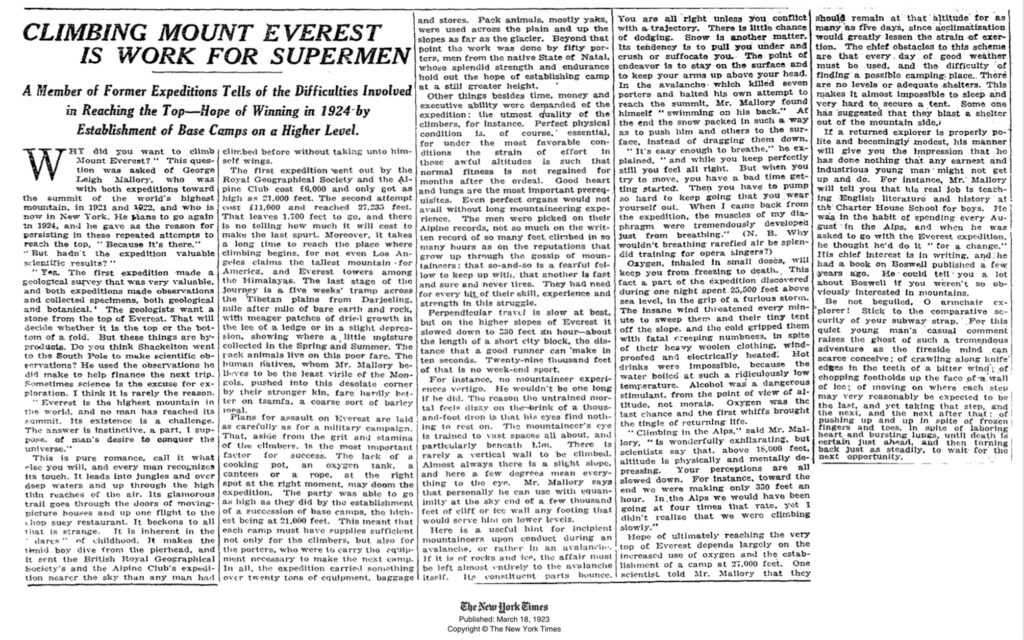 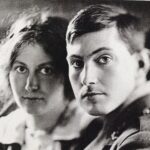 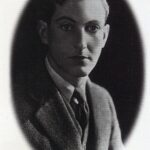 A Member of Former Expeditions Tells of the Difficulties Involved in Reaching the Top – Hope of Winning in 1924 by Establishment of Base Camps on a Higher Level.

“WHY did you want to climb Mount Everest?” This question was asked of George Leigh Mallory, who was with both expeditions toward the summit of the world’s highest mountain, in 1921 and 1923, and who is now in New York. He plans to go again in 1924, and he gave as the reason for persisting in these repeated attempts to reach the top, “Because it’s there.” “But hadn’t the expedition valuable scientific results?”

“Yes. The first expedition made a geological survey that was very valuable, and both expeditions made observations and collected specimens, both geological and botanical.” The geologists want a stone from the top of Everest. That will decide whether it is the top or the bottom of a fold. But these things are by-products. Do you think Shackelton went to the South Pole to make scientific observations? He used the observations he did make to help finance the next trip. Sometimes science is the excuse for exploration. I think it is rarely the reason.

“Everest is the highest mountain in the world, and no man has reached its summit. Its existence is a challenge. The answer is instinctive, a part, I suppose, of man’s desire to conquer the universe.”

This is pure romance, call it what else you will, and every man recognizes its touch. It leads into jungles and over deep waters and up through the high thin reaches of the air. Its glamorous trail goes through the doors of moving-picture houses and up one flight to the chop suey restaurant. It beckons to all that is strange. It is inherent in the “dares” of childhood. It makes the timid boy dive from the pierhead, and it sent the British Royal Geographical Society’s and the Alpine Club’s expedition nearer the sky than any man had climbed before without taking unto himself wings.

The first expedition sent out by the Royal Geographical Society and the Alpine Club cost £6,000 and only got as high as 21,000 feet. The second attempt cost £11,000 and reached 27,235 feet. That leaves 1,700 feet to go, and there is no telling how much it will cost to make the last spurt. Moreover, it takes a long time to reach the place where climbing begins, for not even Los Angeles claims the tallest mountain for America, and Everest towers among the Himalayas. The last stage of the journey is a five weeks’ tramp across the Tibetan plains from Darjeeling, mile after mile of bare earth and rock, with meager patches of dried growth in the lee of a ledge or in a slight depression, showing where a little moisture collected in the Spring and Summer. The rack animals live on this poor fare. The human natives, whom Mr. Mallory believes to be the least virile of the Mongols, pushed into this desolate corner by their stronger kin, fare hardly better on tsamfa, a coarse sort of barley meal.

Plans for assault on Everest are laid as carefully as for a military campaign. That, aside from the grit and stamina of the climbers, is the most important factor for success. The lack of a cooking pot, an oxygen tank, a canteen or a rope, at the right spot at the right moment, may doom the expedition. The party was able to go as high as they did by the establishment of a succession of base camps, the highest being at 21,000 feet. This meant that each camp must have supplies sufficient not only for the climbers, but also for the porters, who were to carry the equipment necessary to make the next camp. In all, the expedition carried something over twenty tons of equipment, baggage and stores. Pack animals, mostly yaks, were used across the plain and up the slopes as far as the glacier. Beyond that point the work was done by fifty porters, men from the native State of Natal, whose splendid strength and endurance hold out the hope of establishing camp at a still greater height.

Other things besides time, money and executive ability were demanded of the expedition; the utmost quality of the climbers, for instance. Perfect physical condition is, of course, essential, for under the most favorable conditions the strain of effort in those awful altitudes is such that normal fitness is not regained for months after the ordeal. Good heart and lungs are the most important prerequisites. Even perfect organs would not avail without long mountaineering experience. The men were picked on their Alpine records, not so much on the written record of so many feet, climbed in so many hours as on the reputations that grow up through the gossip of mountaineers; that so-and-so is a fearful fellow to keep up with, that another is fast and sure and never tires. They had need for every bit of their skill, experience and strength in this struggle. Perpendicular travel is slow at best, but on the higher slopes of Everest it slowed down to 330 feet an hour – about the length of a short city block, the distance that a good runner can make in ten seconds. Twenty-nine thousand feet of that is no week-end sport.

For instance, no mountaineer experiences vertigo. He wouldn’t be one long if he did. The reason the untrained mortal feels dizzy on the brink of a thousand-foot drop is that his eyes find nothing to rest on. The mountaineer’s eye is trained to vast spaces all about, and particularly beneath him. There is rarely a vertical wall to be climbed. Almost always there is a slight slope, and here a few degrees mean everything to the eye. Mr. Mallory says that personally he can use with equanimity at the sky end of a few thousand feet of cliff or ice wall any footing that would serve him on lower levels.

Here is a useful hint for incipient mountaineers upon conduct during an avalanche, or rather in an avalanche. If it is of rocks and ice, the affair must be left almost entirely to the avalanche itself. Its constituent parts bounce. You are all right unless you conflict with a trajectory. There is little chance of dodging. Snow is another matter. Its tendency is to pull you under and crush or suffocate you. The point of endeavor is to stay on the surface and to keep your arms up above your head. In the avalanche which killed seven porters and halted his own attempt to reach the summit, Mr. Mallory found himself “swimming on his back.” At the end the snow packed in such a way as to push him and others to the surface, instead of dragging them down.

“It’s easy enough to breathe,” he explained, “and while you keep perfectly still you feel all right. But when you try to move, you have a bad time getting started. Then you have to pump so hard to keep going that you wear yourself out. When I came back from the expedition, the muscles of my diaphragm were tremendously developed just from breathing.” (N.B. Why wouldn’t breathing rarefied air be splendid training for opera singers?) Oxygen, inhaled in small doses, will keep you from freezing to death. This fact a part of the expedition discovered during one night spent 25,500 feet above sea level, in the grip of a furious storm. The insane wind threatened every minute to sweep them and their tiny tent off the slope, and the cold gripped them with fatal creeping numbness, in spite of their heavy woolen clothing, wind-proofed and electrically heated. Hot drinks were impossible, because the water boiled at such a ridiculously low temperature. Alcohol was a dangerous stimulant, from the point of view of altitude, not morals. Oxygen was the last chance and the first whiffs brought the tingle of returning life.

“Climbing in the Alps,” said Mr. Mallory, “is wonderfully exhilarating, but scientists say that, above 18,000 feet, altitude is physically and mentally depressing. Your perceptions are all slowed down. For instance, toward the end we were making only 330 feet an hour. In the Alps we would have been going at four times that rate, yet I didn’t realize that we were climbing slowly.”

Hope of ultimately reaching the very top of Everest depends largely on the increased use of oxygen and the establishment of a camp at 27,000 feet. One scientist told Mr. Mallory that they should remain at that altitude for as many as five days, since acclimatization would greatly lessen the strain of exertion. The chief obstacles to this scheme are that every day of good weather must be used, and the difficulty of finding a possible camping place. There are no levels or adequate shelters. This makes it almost impossible to sleep and very hard to secure a tent. Some one has suggested that they blast a shelter out of the mountain side.

If a returned explorer is property polite and becomingly modest, his manner will give you the impression that he has done nothing that any earnest and industrious young man might not get up and do. For instance, Mr. Mallory will tell you that his real job is teaching English literature and history at the Charter House School for boys. He was in the habit of spending every August in the Alps, and when he was asked to go with the Everest expedition, he thought he’d do it “for a change.” His chief interest is in writing, and he had a book on Boswell published a few years ago. He could tell you a lot about Boswell if you weren’t so obviously interested in mountains.

Be not beguiled, O armchair explorer! Stick to the comparative security of your subway strap. For this quiet young man’s casual comment raises the ghost of such a tremendous adventure as the fireside mind can scarce conceive; of crawling along knife edges in the teeth of a bitter wind; of chopping footholds up the face of a wall of ice; of moving on where each step may very reasonably be expected to be the last, and yet taking that step, and the next, and the next after that; of pushing up and up in spite of frozen fingers and toes, in spite of laboring heart and bursting lungs, until death is certain just ahead, and then turning back just as steadily, to wait for the next opportunity.